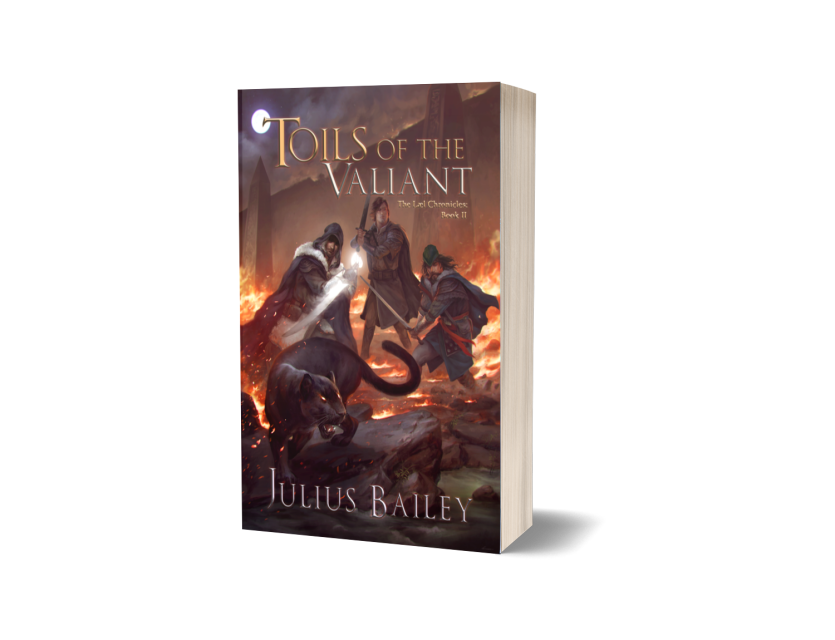 Deeds of righteousness and evil done since the coming of the Third Shadow come to a head in this fearsome end to the tale of the second age of the kingdom of Vrandalin. Heroes stand and fall, the powers of hope and horror collide, and legends are born. The final battle for Vellneran is now.

"Book Two of the Lael Chronicles has knocked it out of the park! ...Toils of the Valiant carries over the best aspects of the genre." -Review from Amazon.com.